Posted by clikclikcollective@gmail.com on Oct 7, 2015 in Uncategorized | No Comments

Blimey summer was crazy! As well as the spanking new project ‘The Cabinet of Lost Secrets’ at Nozstock – The Hidden Valley, Clik Clik was swept off to other festivals for the whole summer!

Clik Clik ran the classic Wild West Wall of Shame as well as a ‘Macarena’ Flashmob with over 50 people involved and Disco accessory workshop at Hopfest, a community and young peoples festival in Worcestershire. Hopfest really pushes the boundaries to promote young bands which is fantastic!

This small family friendly festival is filled with things to do! Great for families and their adults, Clik had fun running a ‘makeshift musical orchestra workshop’ with Dan Bramhall and Phil Wilkins as the leaders of the band. Clik also got faces in the holes with the Wild West Wall of Shame, aptly for this years Nibley with its Wild West theme!

A new interactive venue was launched at this years Nozstock, The Cabinet of Lost Secrets, seriously the friendliest festival in the world with the cleanest toilets I have even been in!! Cabinet is a Clik Clik produced space to play with your mind; a nice place to chill in the daytime before the Cabinet really opened its surprises with secret doors, strange creatures, live music and performances! You can see more of this on the home page.

Clik Clik was lucky to win a commission for the fabulous KAF which takes place for 2 weeks in August, with Pie n Tash, the Anti-Barber, giving facial hair back to the community! This one day mobile installation was well recieved and had many takers of fine facial hair (drawn on in make up) before being snapped for a classic Clik Wall of Shame. 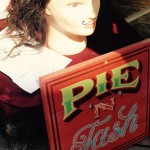 A day at Lakefest courtesy of the wonderful ‘Spare Room Arts’ who runs the kids area there! Clik Clik went along with a ‘Mad Hatters Tea Party’ Character Board, in character of course! The Cheshire Cat and Mad Hatter were happy to assist!

Well what can I say? Thankyou Boomtown for being so creative! Everywhere! Its big. 50k punters spread over basically 2 festival sites but boy oh boy, I had the best time. Secret spaces, enormous stages built like you have never seen before and Clik Clik were situated in the Wild West District with (of course) the Wild West Wall of Shame and how much fun to feel like you are in a  film set while doing this! Real cowboys and saloon girls and real shoot outs, yee harrrrr! Oh and did I mention the state of the faces? Shameful 😉

And then onto the lovely Green Man for some chilled time! Green Man is a gorgeous mid sized festival which is clean, family friendly and with an amazing view of the Brecon Beacons as a backdrop. Clik Clik went moustache crazy with Pie n’ Tash, the Anti Barber giving those fake moustaches to everyone!

A trip to London for a Green Man run beer and cider festival where Clik Clik ran the Wild West Wall of Shame to the tipsy punters!

And finally…… home turf for the brilliant and totally volunteer run Worcester Music Festival! Now in its 8th year, this is a gem with free live music all weekend in stacks of venues around Worcester city, and all raising money for local charities.  Look it up! Clik Clik has worked with the festival for 2 years now, helping to raise awareness of the event by bringing entertainment onto the streets. This year Clik Clik ran a roaming stage ‘The Cabaret Cabinet’ with live music and performers as well as installing 3 ‘Tinkle Me’ pianos in the centre for public engagement.